Explore the youngest volcanic island of Rangitoto in New Zealand

Rangitoto Island is New Zealand's youngest volcano - erupting from the sea just 600 years ago. A beautiful reserve, the island is uninhabited, a lifeline for the native birds that thrive here.

Rangitoto Volcanic Island is one of the most iconic landmarks on the Auckland skyline. Located off the coast, Rangitoto's distinctive symmetrical cone rises 260 meters above Hauraki Bay. Justa short scenic ferry ride across the harbor from downtown Auckland , the island is a favorite destination for hikers and day-trippers. 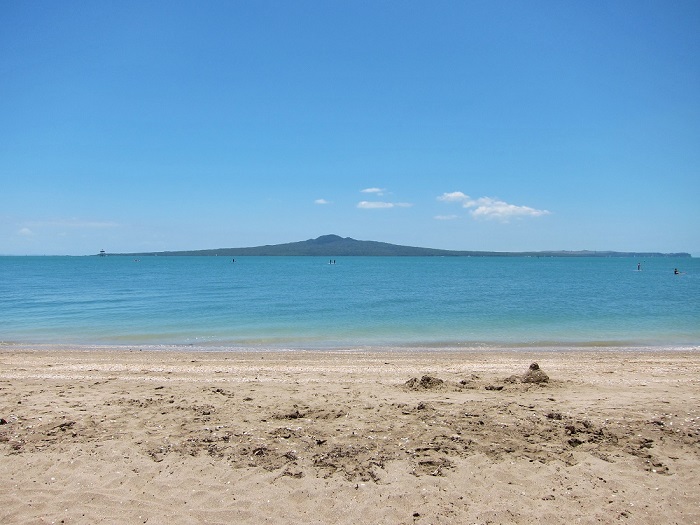 Rangitoto Island seen from the beach in Aukland

This unique island is one of Auckland's most iconic natural landmarks. From many of the city's coastal hotspots, you'll catch glimpses of Rangitoto Island in the distance. 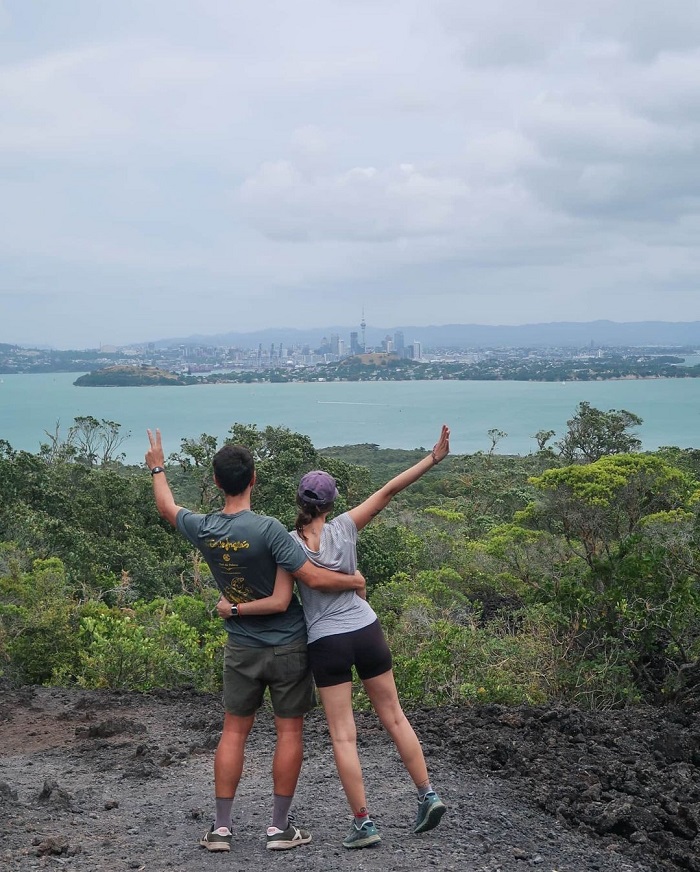 You can take a guided tour on a 4WD train or hike to the top (about 1 hour each way). Spot black lava caves on your ascent and bring a torch to explore. The views from the top are breathtaking and you'll be able to see everything from the emerald islands of Hauraki Bay to the horizon of the Waitakere Range to the west and the Hunua Range to the east. 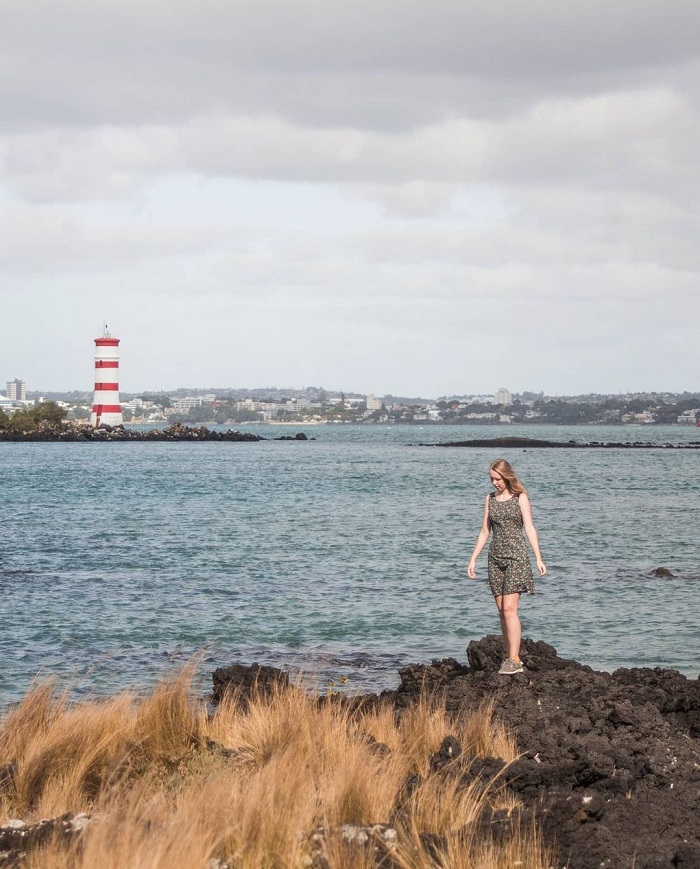 Beach lovers can join a guided sea kayaking trip to Rangitoto – adventurous people can even try night kayaking to watch the spectacular sunset from the summit before sailing back. back in the dark under the stars toward the bright city lights. 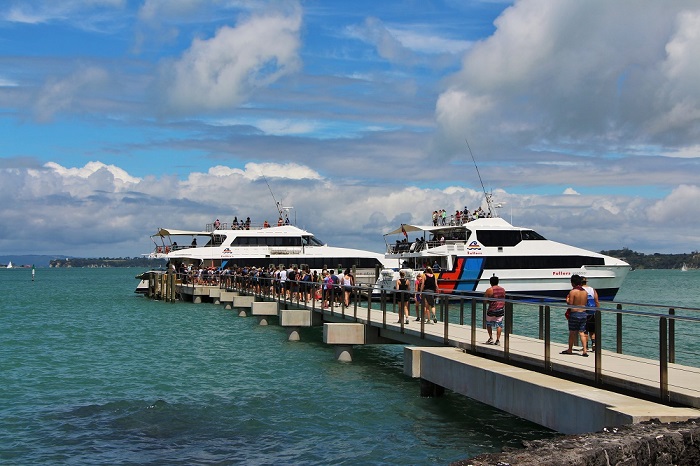 Yankee Wharf Pier from the city to Rangitoto đảo

The main thing that you will notice when visiting Rangitoto Island is the amazing amount of lava and Scoria everywhere. This is because the island is a 'shield volcano' meaning it is made entirely of liquid lava that has cooled and then hardened. It was formed between 1400 and 1450 and the Maori who witnessed spectacular eruptions gave the volcano the name Rangitoto, or 'bleeding sky'.  In the late 19th century, Rangitoto was designated a recreational reserve and it became a popular spot for day trips from Auckland. 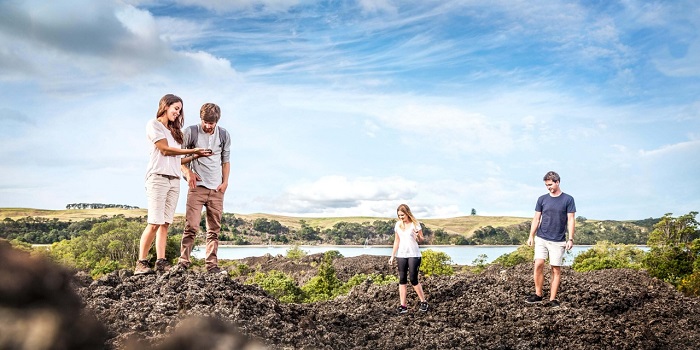 Activities to visit and explore during the day on Rangitoto Island

Ferries run from Auckland Downtown and Devonport ferry terminals to Rangitoto Wharf daily. However, with limited facilities on the island, you need to catch the last ferry if you don't want to spend the night in the wild!

When planning your day, don't forget to bring plenty of water and food as you won't be able to buy them on the island. 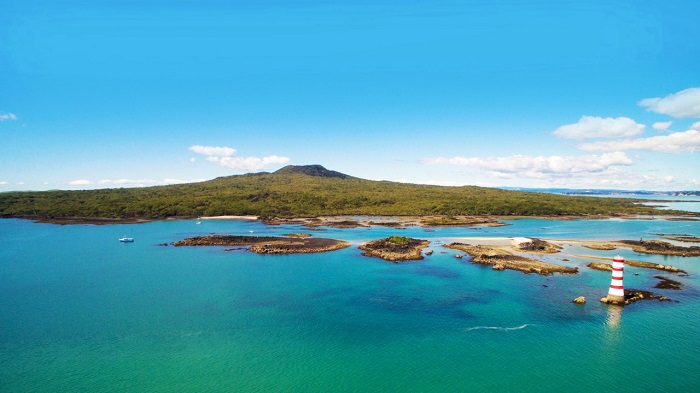 The beauty of Rangitoto Island seen from afar

Indigenous forests and black volcanic rock dominate the island. Being a pest-free area, this has allowed over 200 species of plants to thrive here, including the largest Pohutakawa forest in New Zealand. You can't help but notice the birds singing as you walk through the woods. Native birds such as kaka, bellbird, kiwi, fantail, tui and takahe are either wild or have been reintroduced to the island. 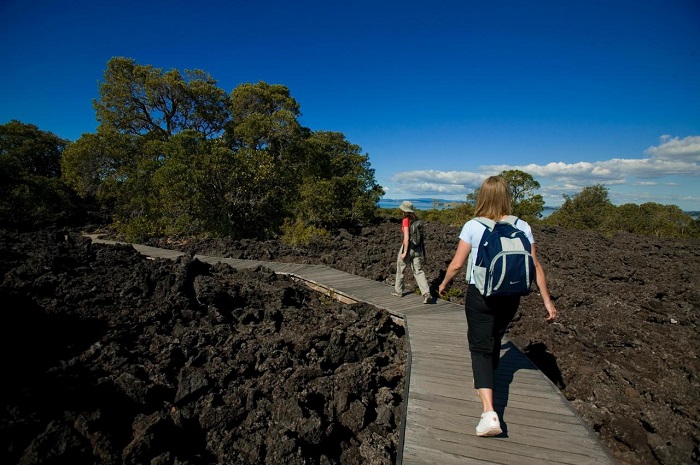 The roads on the island are formed from volcanic ash

The only people you will see here are tourists as there is no permanent population. However, you can still see the ruins of holiday homes along the coast, since the island was populated in the 20th century. There are two ways to explore Rangitoto Island : take a 4WD tram or go by yourself. walk with your feet. 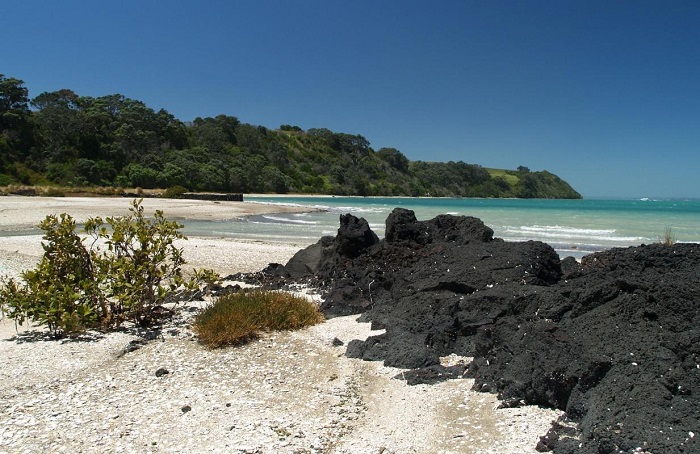 A beach on Rangitoto island

4WD Road Vehicle: The ferry and road car is a 4-hour trip combined with the ferry that operates on weekends and public holidays. This is a guided tour that starts at the jetty and takes you to the base of the island's cone top. From there, you'll need to climb about 300 steps to get to the top. The views over Hauraki Bay and the Auckland skyline are well worth exploring! Then the road car will take you down another road back to the jetty. 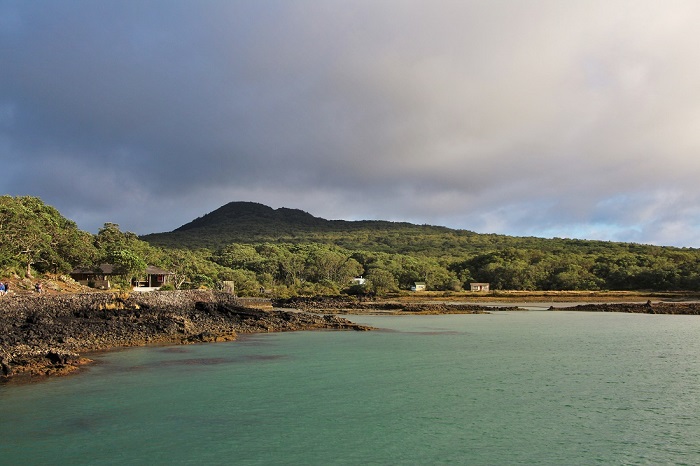 Walking on Rangitoto Island: Need to pick up a walking path map from the ferry terminal before you arrive in Rangitoto to know where to go when docking the jetty.

The Walk to the Summit: The Summit Trail cuts through lava fields as a result of the eruption. It looks almost like the fields were plowed recently! If you have little time on the island or feel paranoid about missing the last ferry, then you should take the most popular route to the top and back the same way. Just follow the signs to get to the top! At a slow pace, it takes you an hour to reach the top. Not only do you get to see the impressive crater, but you also get 360-degree views of Hauraki Bay and Auckland. On your way up (or down), don't miss the short detour to the lava caves. The highest point on Rangitoto is 259m, and from that height you've got a great view of the Auckland skyline. 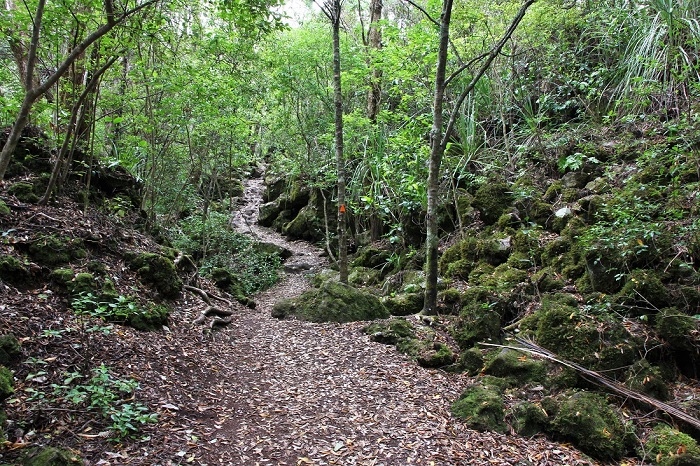 Unique and rich flora on the island

Take a brisk 850m walk around the crater at the top and you've reached the next attraction: the lava cave. Caves are formed when slow-moving lava cools and then hardens when subjected to air temperature, while still-molten lava flows through creating a cave! The longest cave on Rangitoto is about 50m.

Boulder Bay: From the top of the mountain, you can walk 2 hours on an open road until you reach the Boulder Bay Trail, where there is a shipwreck site… 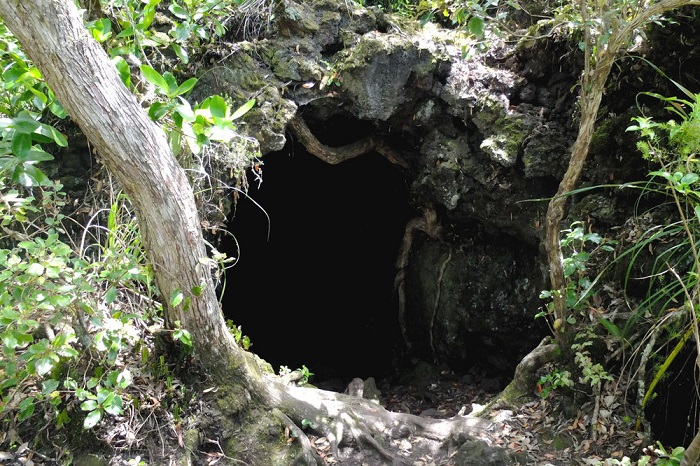 Coastline: The 2-hour coastal trail takes you along the South coast and through the woods to Yankee harbour. Detour to the remains of a post-WWII mine base then continue on the barrier-free path at Yankee Wharf past several historic marinas and across the causeway to Motutapu Island. Alternatively, you can also follow an uncovered path past New Zealand's largest black gull and to Beacon Lighthouse and McKenzie Bay, which is also a good place to swim. 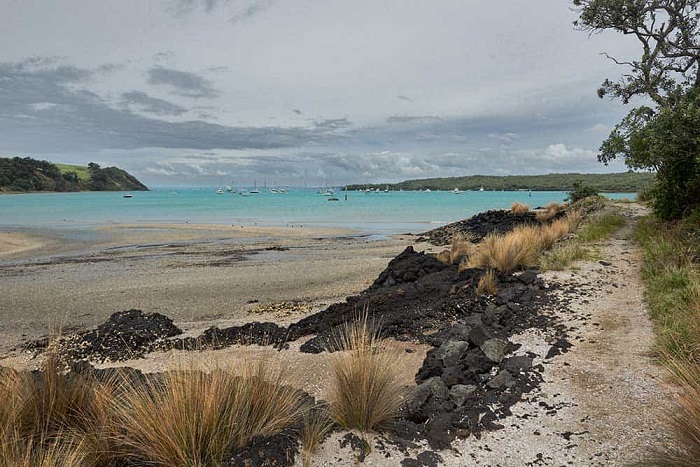 Rangitoto Island is a beautiful place to spend a day hiking and exploring! You should go there if you find yourself in Auckland for a free day!